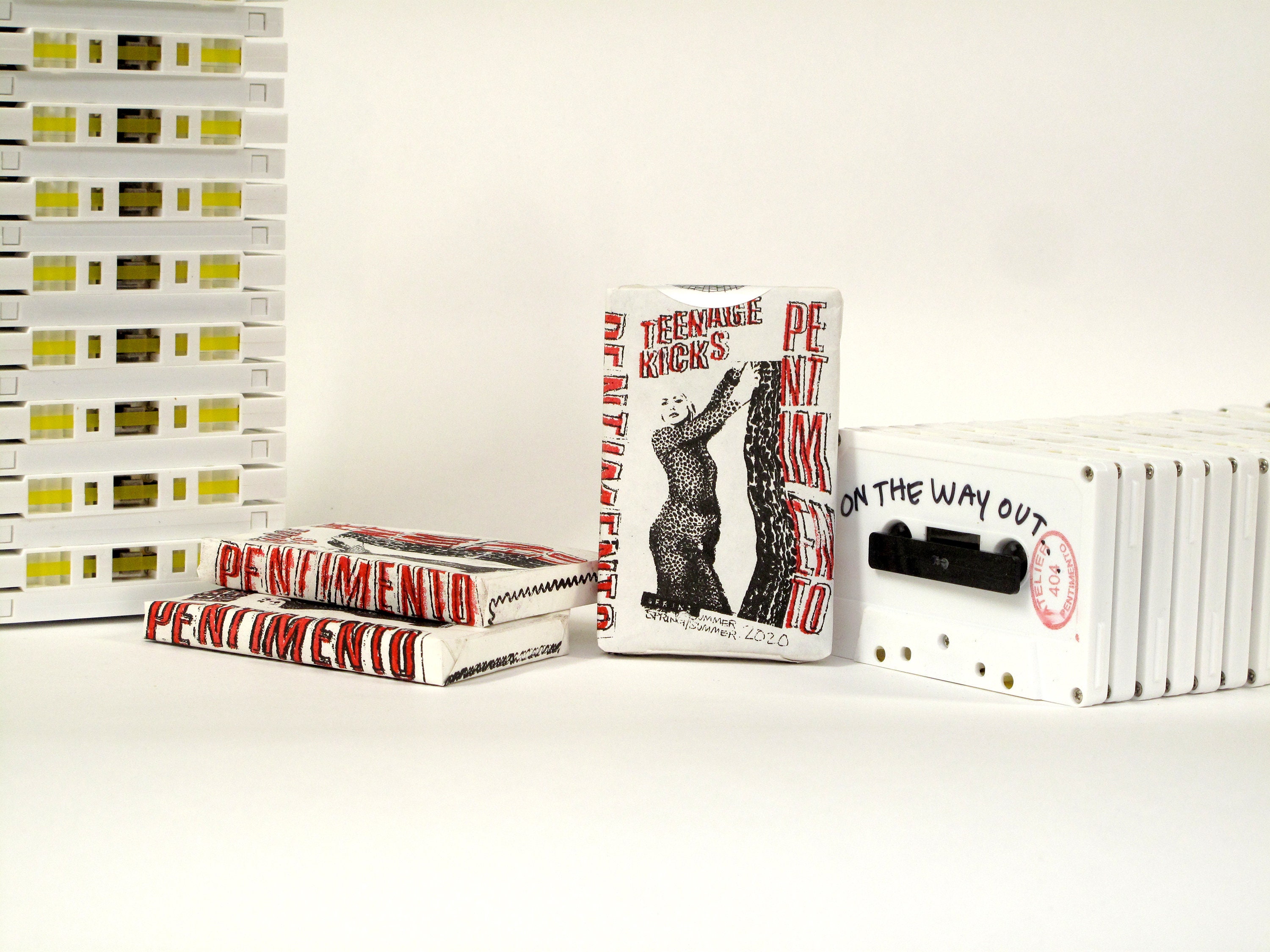 I made this tape for you.
it was recorded in my dusty basement workshop, off of my old, worn, scratched and dusty records on to cassette tapes that cost too much. I mixed it through my beat up old four track recorder so there are no spaces in between songs. instead, there is recorded static, seconds of other songs, digital music I made and recording mistakes. ideally, it will create the feeling of listening to an old car stereo and rolling through the dial.
the covers were designed the old fashioned way with Xerox and exacto and glue. they were printed on my Gocco printer, then they were cut out and glued together by hand. there is a liner sheet with a track listing made the same way.
I made and received dozens of tapes like this when I was a kid and I had forgotten how fun it is and I hope you have fun listening to it.

we currently only accept paypal and require instant payment, with the obvious exception of e-checks that clear through paypal.

we ship at least three times a week so most orders go out within 2 days of payment being received.

please refer to measurements in all listings before purchasing as we do not offer returns.

0 items in your cart